skip to main | skip to sidebar

Well, as you know, I have started a new website, MichaelJayTucker.com. It comes with its own blogging facilities, so I will be moving explosive-cargo there.

Definitely drop by at https://www.michaeljaytucker.com/blog and have a look. Oh, and you can also just go to the home page of MichaelJayTucker.com and click on “Xcargo” at the top of the page.

I’ll leave all my older Xcargo postings here. So you’ll always be able to find them if you want them.

In the meanwhile, come on over to MichaelJayTucker.com and https://www.michaeljaytucker.com/blog

I’m looking forward to seeing you there!

mjt
Posted by Michael Jay Tucker at 7:46 AM No comments:

Well, everyone, like it says, Happy Birthday to America on this Fourth of July.  May the nation know many long and happy centuries to come.

I am quite serious about that. I am, in my own way, an American nationalist. I believe that who we are, as a country, something good, and important. Yes, I suppose, on some weird level, I evn believe in American exceptionalism. 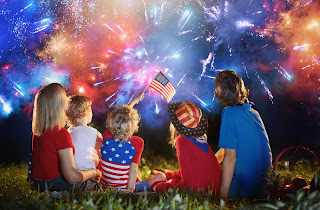 And I hope, truly, that we will soon exit this time of troubles, and that under another president, and with a different Congress, we will find our way forward, to greater wisdom, greater achievement, and greater happiness.

One quick note. Over the next few weeks, I’ll be moving this blog to my own website, which is MichaelJayTucker.com. Very shortly, explosive-cargo will be here: https://www.michaeljaytucker.com/blog. So, do check it out.

And please visit my webpage, MichaelJayTucker.com.

Looking forward to meeting you!

Posted by Michael Jay Tucker at 4:00 AM No comments:

So now we learn that Russia was offering bounties for the lives of American soldiers. We also learn, or at least strongly suspect, that Trump knew about this from the beginning, and he either didn’t care, or didn’t notice when the information was presented to him in a national security brief.

In other words, holy crap.

I keep thinking, each time Trump does something incredibly stupid or fascistic that, “Right, here it is, he can’t keep going, this is the end...” 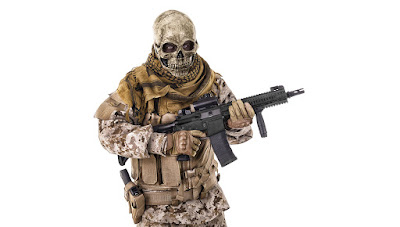 But, then, somehow, his supporters find a way around it. They decide that it is Fake News, or a Liberal Hoax, or, well, fill in the blank.

It is astonishing. It is amazing. It is an exercise in willful disbelief that is truly one for the ages. You have to stand in awe at their capacity for not believing the obvious.

But, then, why should I be surprised? They have so far managed to overlook the deaths of over 126,000 Americans from Covid-19 (as of this date), which Trump continues to downplay or ignore. Why should a little thing like the murder of Americans in uniform penetrate the concrete?

Maybe nothing. Maybe they will not notice...not even when they have entered the abattoir, and are marching with smiling faces (but not masks!) to the blade itself, and never even noticing when it enters the flesh and begins the grisly business...

And please visit my webpage, MichaelJayTucker.com.

Looking forward to meeting you!

Posted by Michael Jay Tucker at 4:00 AM No comments:

Well, I have finally broken down and created a fer-real website for myself. It is still very much a work in progress, and far from complete, but you can see the beginnings of it here: MichaelJayTucker.com.


As I say, still in a work in progress, and please forgive me if I can't make something work (like responding to any notes you send me in short order). But, I'm doing my feeble best :-)

And, I promise, someday I will hire a professional to actually make it look good. But, in the meantime, at least it’s up and running.

Give it a glance!


Posted by Michael Jay Tucker at 2:33 PM No comments:

I’m a great fan of expertise. I mean, I love to see someone who is just tops in their field at work.

No. Really. If you’re going to do something stupid, well, by Golly, by George, and by Gum, it should be just positively brain-rattlingly stupid. No little silly dimwittedness of the sort that Mother Used To Make. No. It ought to be devastatingly dumb. I mean, in the kiloton class of sheer brain-deadedness.

In case you missed it, there was a remarkable story out of Baltimore on Monday, June 22, 2020. It seems that a restaurant in that city denied entrance to a mother and her son (he was about nine) on the grounds that the boy was not properly dressed. He had on, you see, shorts, a t-shirt, and athletic shoes. They were also African-American.

The kicker? A white boy of the same age, wearing pretty much the same clothing, had just been served.

The African-American mother used her phone to video her interaction with a member  of the restaurant’s staff...and posted the video to the web. Naturally, it all hit the fan and the owner of the restaurant, Atlas Restaurant Group, had to go into serious damage control mode and has been apologizing like an Evangelical homophobic minister caught in a four-way with two himbos, a hardhat, and a thirty gallon drum of cream cheese. The herby kind.

Now, if you haven’t seen the video, you ought to give it a look (links below), because it is a work of art. In it, the restaurant employee achieves a level of dimness that must be seen to believed. It is a virtuoso performance. One for the ages! The man is unbending, seemingly smug, and utterly unconcerned about the fact that his every word is being recorded for posterity.

You find yourself wanting to take the guy to one side and saying, Dude... dude!...don’t you get it?  That video is going to be on Facebook before the end of the day. It’s going to be all over the world. You’re going to have your fifteen minutes of fame...as Raging Asshole of the Month. And, oh, btw, you just got fired. Maybe not right now. But soon.

To give the poor chap the benefit of a doubt, maybe it wasn’t his idea. Maybe he was just following orders from his manager. But he was still dumb as a box of rocks to do it and he is still going to take the fall for it, whoever was responsible.

But also, there’s a point here. We are now in an age when you must assume that any interaction is going to be recorded. Which is scary for all of us. But, also, anyone ... particularly anyone dealing with customers who may be members of minorities...is going to have to assume that anything...anything at all!...which remotely looks like racism is going to be seen. And, it will be fatal for your career.

And this is going to be hard for us to learn. (I include myself in that.  Though I’ll do my best.) What worries me, though, is not head waiters...no matter how pompous or foolish...but others, who may be much harder to teach.

Until next time, onward and upward.

“A restaurant denied service to a Black boy for his clothes, but video shows a White boy, dressed similarly, was allowed,” CNN, https://www.cnn.com/2020/06/23/us/ouzo-bay-baltimore-restaurant-denies-service-to-black-boy-trnd/index.html

Please check out my new book, Padre: To The Island, a meditation on mortality, grief, and joy, based on the lives and deaths of two of the most amazing and unconventional people I ever met, my mother and father.

This work is licensed under a Creative Commons Attribution-NonCommercial-NoDerivatives 4.0 International License.
Posted by Michael Jay Tucker at 4:00 AM No comments:

Just a quick note from Xcargo

Just a quick note, today. I am making some changes very soon in my blog, explosive-cargo.

However, those of you who have been very long term readers will know that originally, way back when, it was an ezine...that is, a “zine” that went out via email to anyone who wanted it. I also only did one posting a week.

Well, I’m thinking about heading back that way again. First, I’m going to start posting only once a week. There is no sense in my writing unless I’ve actually got something to say, and there’s more of a chance of my having a point if I am active only once a week. (What do you say? A posting every Saturday? Give me your thoughts.)

Second, I may actually be moving back again toward the ezine model. I’m still just toying with the idea, but I’m thinking about it. I love the blog format, but, frankly, it doesn’t have the immediacy of an email. So, maybe...we’ll try the ezine scene again. I’ll let you know if I go that direction, and I’ll let you know how you can subscribe.

Third, and finally, Xcargo is always going to be political. But, I’m hoping to move it back a little bit toward what the column was like when I started it -- i.e., a little more lighthearted. Right now, I think we all need a little more lightness of heart.

Anyway, that’s the news. I will be posting here until (and if) I get to doing an ezine again. So, keep in touch.

Because We Can't Have Politics All The Time -- My Last Duchess

Like it says, we can't have politics 24/7. Bad for your digestion.

So here's one of my recent attempts at reading aloud.

Posted by Michael Jay Tucker at 12:37 PM No comments:

Michael Jay Tucker
A short dumpy guy with no social skills...but a surprisingly good attitude about it.